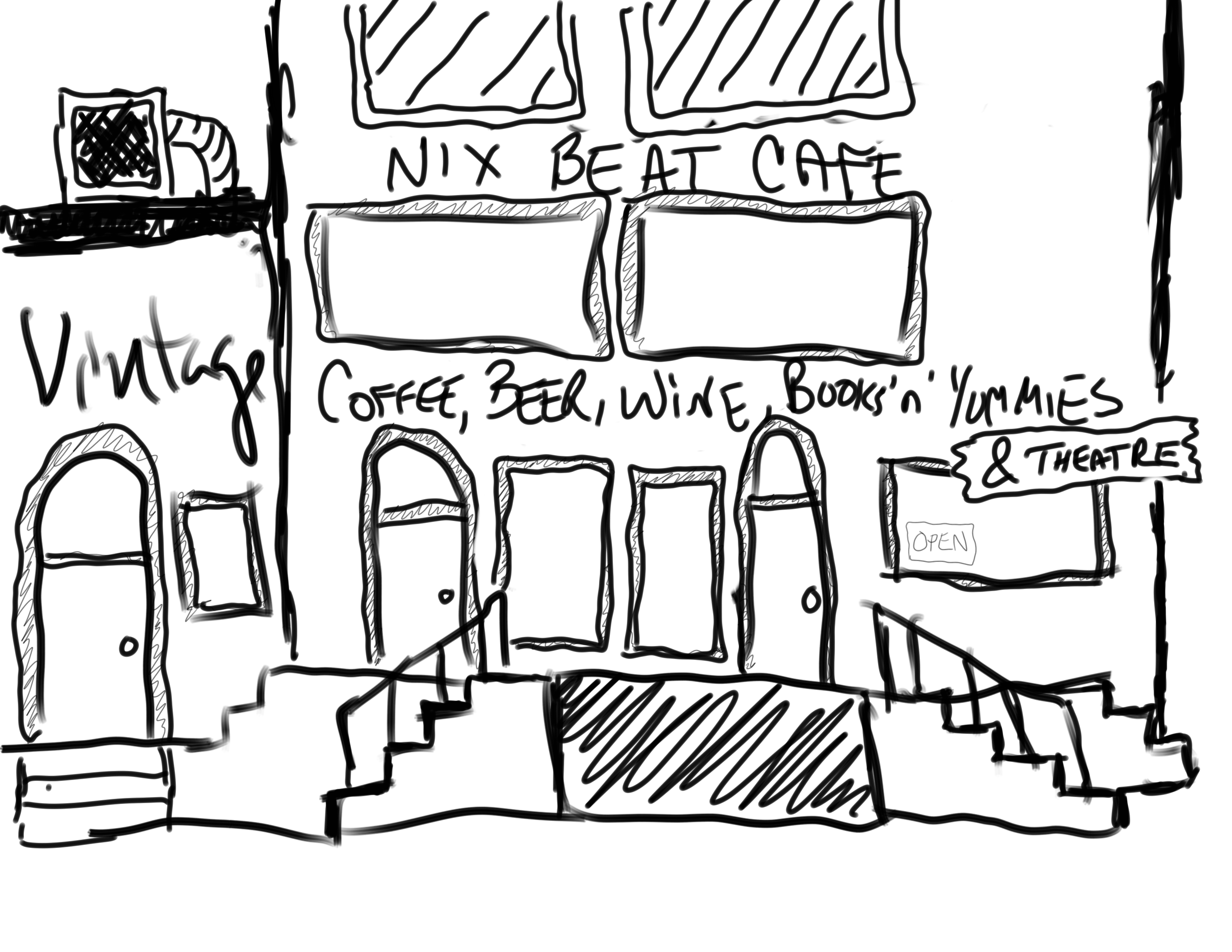 Pandora’s heart ached a little … a lot … every time she dreamed what could become of the tiny theater behind the Nix Beat.

She’d hand painted the sign in front of the coffee shop to alert the community of the theatrical gem’s existence and caused the name of the café to become so unwieldy it didn’t fit onto the wall. “And Theatre sticks out,” she’d say rolling the -re. “And it should.”

She’d asked the old dudes who haunted Nix to hang her masterpiece, and when they realized it was too big, she told them to hang it anyway. Men followed her directions, no matter how insane. She was just that pretty.

She’d given up on college. She’d dropped out of cooking school. She’d disguised her outward beauty with ridiculous spectacles and baseball caps and a permanent mad face to match the inner turmoil brooding in her soul. Men of all ages told her jokes hoping to glimpse her radiant smile, but few succeeded. 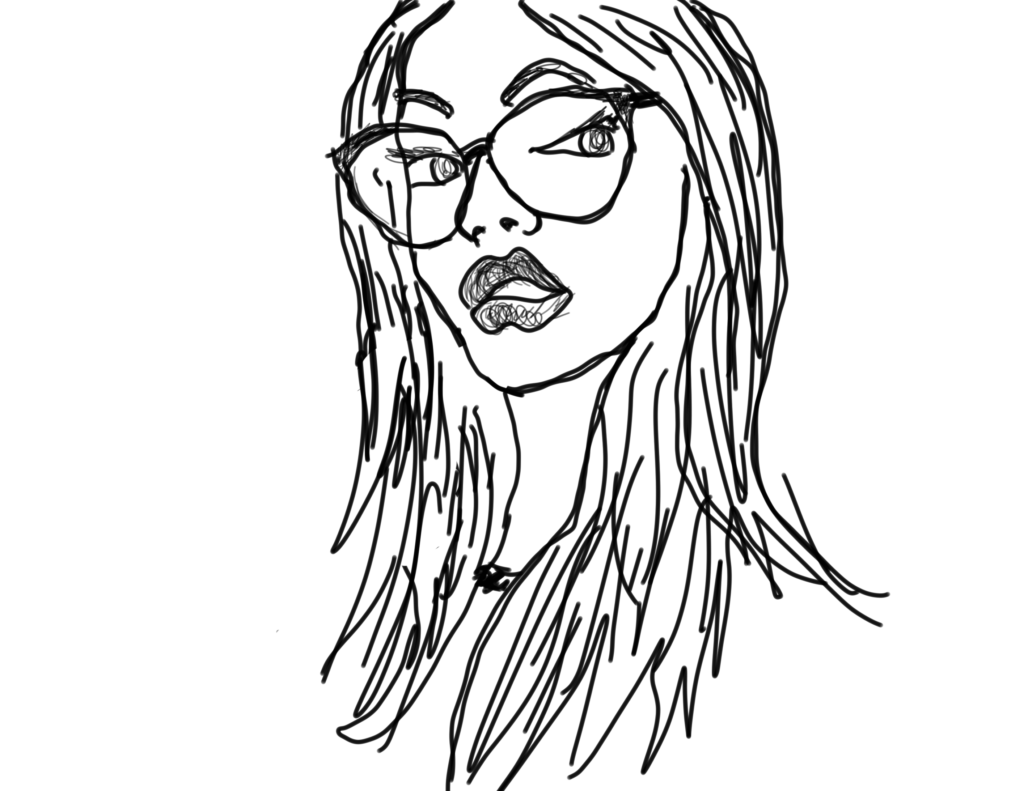 Her happiness (and her primary misery) emanated from the nightly success or failure of those prancing and preening on her beloved postage stamp black box stage. Tucked behind the bookstore, Pandora’s Box sat 25 patrons and featured casts of young starry eyed dreamers.

Pandora served as the stage manager, the chief writer, the costumer, the set designer, the lighting and sound director, the custodian, the marketing department, the program publisher, and of course the ticket taker. 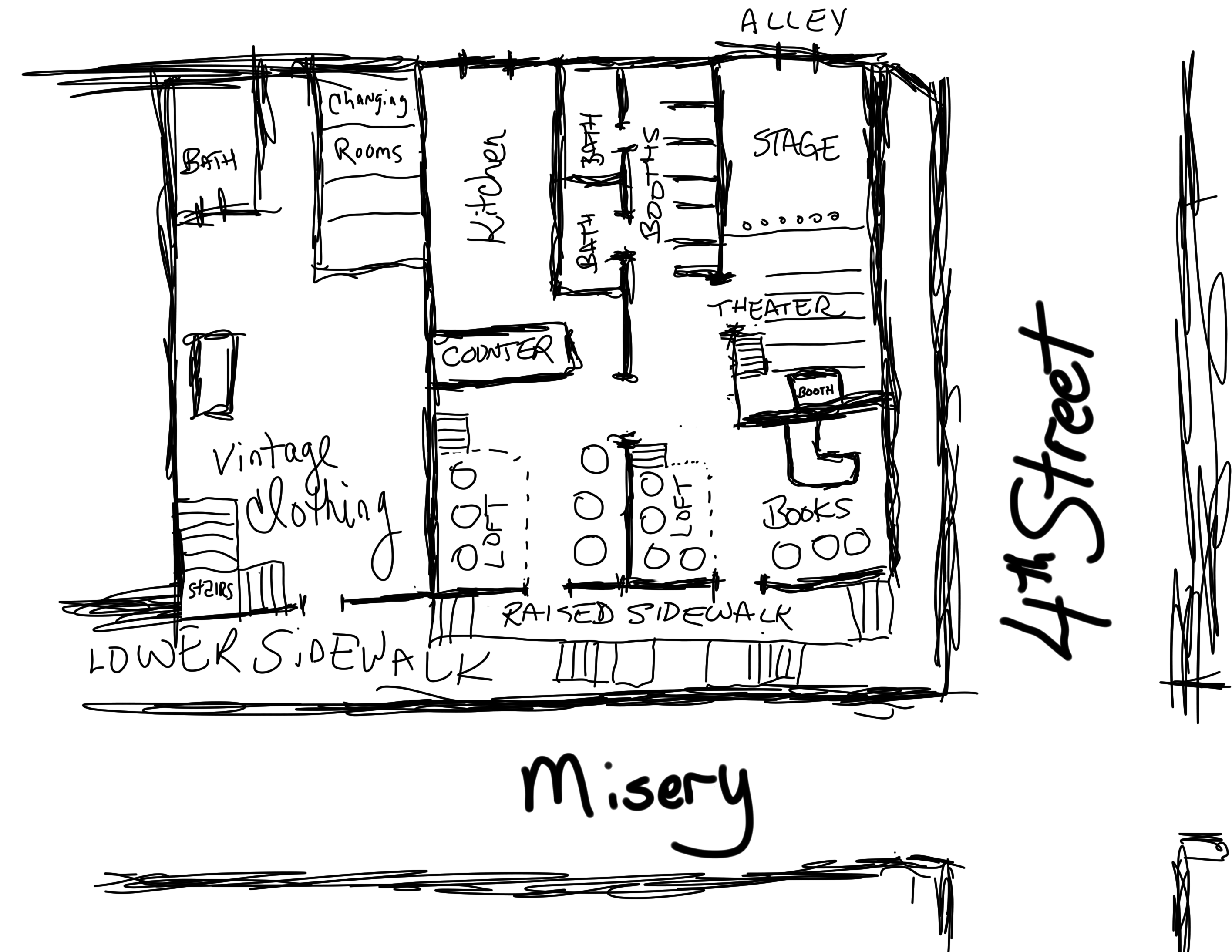 Her schedule led to greatness in her mind, and loneliness in reality.

She’d show up to the coffee shop around 2 in the afternoon. The excitement of the dawn lighting, the morning buzz, and the lunch rush long faded, only a few jaded denizens of the book store wandered the wooden floors pretending to help her prep for the nightly performance. She’d ready the costuming if any was necessary, set the lighting, find any props necessary, tidy the floors and clean the chairs, and write the order of the nightly show on an old chalkboard at the entrance to the theater. All this she did while wearing a costume befitting one of the scenes in the nightly show.

Nobody else in the city dressed for work in Victorian gowns, super hero costumes, hillbilly overalls, or a tuxedo with top hat. But Pandora did daily hoping to lure the dinner crowd into spending an impromptu night at the local theater in the other room.

Each night, as a performance ended … sometimes at 10, sometimes at 11, occasionally after 12 when the actors wanted it all … she’d fill a glass (or two or three) with Chardonnay and accept her accolades from the handful of audience members and cast still lurking at the Nix. Then she’d wobble home to her ugly, tiny apartment down the street. It was a dangerous neighborhood, but she knew all the thugs by name.

There, like a character in a late 19th century novel, she’d light a dozen candles at her desk underneath the drafty window, pull out her notebooks, and scrawl new handwritten scenes for performances in Pandora’s Box. Often scratching away until sunrise, she filled pages with dialogue between damaged characters in impossible situations with quaint wording to make audiences roar (she hoped) with laughter. And yet, she knew with audiences often smaller than the casts, the roars would be chuckles at best. And so the scenes grew dark and filled with misery disguised as mirth.

Dresses as the character at work.